A night with soprano Anna Netrepko and the tenor Yusif Eyvazov.

Anna Netrebko is a Russian operatic soprano who has an active international career and performs prominently at the Salzburg Festival, Metropolitan Opera, VIenna State Opera and Royal Opera, London.

Yusif Eyvazov is a Azerbaijani dramatic tenor and has emerged as one of the most sought-after tenors of his generation. Known for his brilliant high notes, Mr. Eyvazov is a regular guest at the world’s leading opera houses. The unique sound of his voice and his vibrant stage presence allow him to combine an active opera career with numerous concert performances.

Pier Giorgio Morandi After spending ten years earlyin his career as the principal oboist of the Orchestra del Teatro alla Scala in Milan, Pier Giorgio Morandi went on to study music composition at the city's music conservatory and, later on, trained as a conductor under Ferdinand Leitner at the Mozarteum in Salzburg. At La Scala, he served as assistant to Riccardo Muti and Giuseppe Patanè before heading to the United States in 1987 to study with Leonard Bernstein and Seiji Ozawa. Named second principal conductor of Rome's Teatro dell'Opera in 1989, he has been a permanent guest conductor at the Hungarian State Opera since 1991. He has conducted at the world's leading opera houses and worked with such orchestras as the Hungarian Radio Symphony Orchestra, the Budapest Philharmonic, the Flemish Radio Orchestra, Rome's Orchestra dell'Accademia Nazionale di Santa Cecilia, the Orchestra del Filarmonico di Verona, the Orchestra Sinfonica di Sanremo and the Fukuokaand Tokyo philharmonics.

Preliminary times
To be announced prior to the event.

How to get here
It is very easy to get to Malmö Arena by public transportation. Hyllie Station and the bus stops are only about 2 minutes away from our main entrances. For more information about how to find your way here, click here

Security
Smoking is only allowed outdoors. A stamp must be obtained at one of the entrances before you leave the arena. All types of bulky items, such as big umbrellas, camp chairs, big bags/luggage/backpacks over the limit of 40x40x20 cm are not allowed. You are not allowed to bring any professional audio or video equipment. You may not bring your own food and drink.

Once you are here
We are happy to help you with any queries and will try to solve any problems you may have. Look for one of our hosts at the arena.

Wardrobe
To deposit your coat at the wardrobe in the arena costs SEK 25. Card payment only.

If you have any further questions - see FAQ. 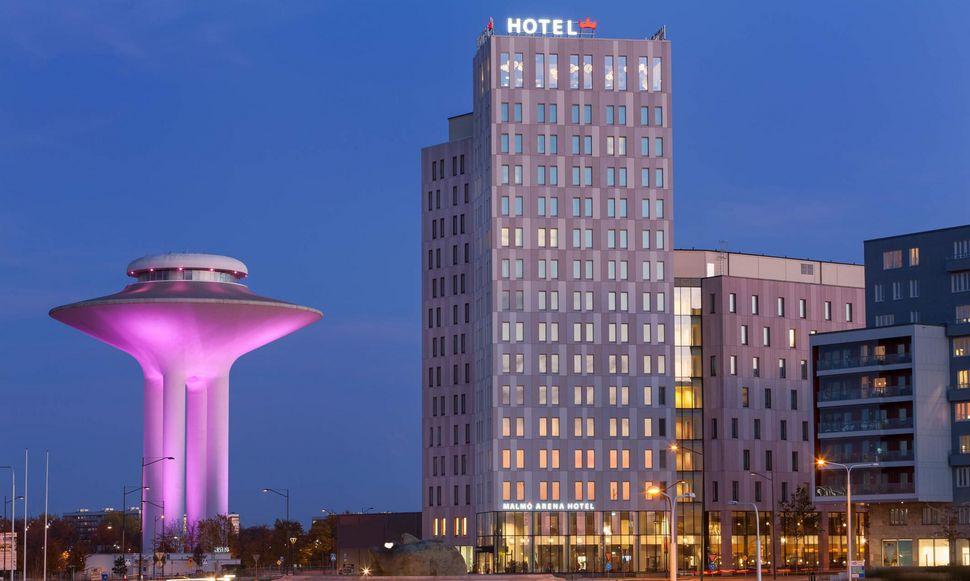 Malmö Arena Hotel is situated in direct connection with Malmö Arena. The hotel has 395 rooms, a skybar and a wide range of conference opportunities.